Soccer as a Metaphor for Secular Religion

Home IllumanDrumbeatSoccer as a Metaphor for Secular Religion

Soccer as a Metaphor for Secular Religion

In 2014, Brazilian liberation theologian Leonardo Boff wrote a piece with the title “Soccer as a Metaphor for Secular Religion. It was a reflection on the 2014 World Cup that the world had just experienced where Rome welcomed to the Circus Maximus the winning team, which that year, was Germany. Soccer Futbol breaks down borders while creating a container for holding cultural and national pride as the games unfold.

Boff recognized this at a time when the cold war had ended, and formal socialism was on the decline, when globalization was in evolution, and the events of terrorism were still fresh in hearts and souls of peoples everywhere. People were being challenged to assess their own lives and values in the face of accelerating polarization. One thing continued true to form…the world’s love of competitive sport in the game of soccer futbol; it became an existential connection.

The Concilio Internacional Virtual of Illuman en Español has created an international sacred container for men transforming men. Gathering monthly now for more than 2 years, brothers have joined us from all across the United States, Europe, Mexico, Brazil, Peru, Guatemala, El Salvador, and Nicaragua. During the World Cup, especially during key games (some would argue that they are all key!), brothers from across the border, in Spanish and Portuguese, and an occasional word or two in English, were interacting and exchanging opinions with one another through WhatsApp. It felt at times as if we were all in the same place, almost feeling as if in the stadia themselves, making commentaries while watching the same games in real time. Whether cheering, expressing angst over “bad calls” by the officials, or just seeing their favorite player and team do an amazing move on the field, we had a truly alive experience of the World Cup. Illuman being our deeper connection, we are brothers on a journey of transformation, with soccer futbol as the moment of connection, as Boff writes, “the great metaphor present in all cultures and mythologies: the future of humanity is an endless party and a fraternization without barriers. It is God’s feast, the immense theater of his glory, where all of us are invited to participate.”

The bottom line, we were united in spirit, and with none of us from Argentina, we cheered on for Argentina to become the world champions. We watched, we anticipated, and exploded into a common joy of a worldwide victory, while miles and oceans apart from one another!

Please invite brothers of Spanish speaking background to join us on the fourth Saturday of every month. 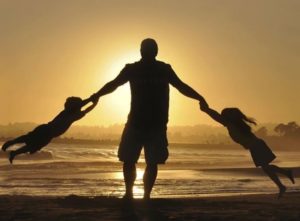 A FATHER FOR GENERATION ALPHA A 9-week online offering for Fathers and soon-to-be Fathers They say the Spirit works in[...]
Add A FATHER FOR GENERATION ALPHA A 9-week online offering for Fathers and soon-to-be Fathers They say the Spirit works in[...]
View Calendar
Add